A General Never Blames His Troops 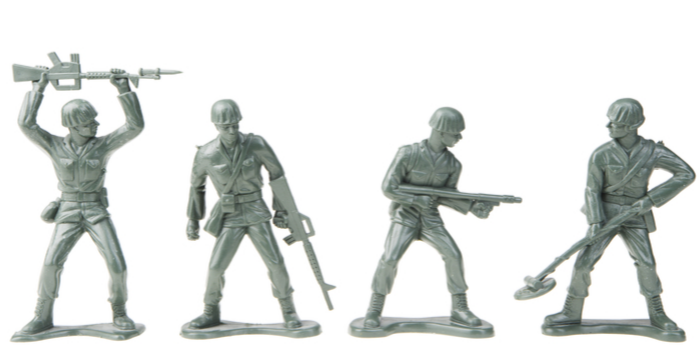 “A general never blames his troops.” It was a statement I needed to hear. I was a part of a very big, very important project that hadn’t turned out according to expectations. It wasn’t all my fault, but mistakes were made by many including me – and including the general.

Up to this point, I hadn’t been blamed or made purposely to feel bad, or really taken much heat at all – little comments, whispers through the grapevine, a general vibe – all these made me feel like I had failed miserably and that the burden of failure was on my shoulders alone. I didn’t necessarily agree I should shoulder it alone, but, nonetheless, I was carrying it. It was affecting my confidence, my morale, and my belief in myself going forward.

Until these few uttered words freed me from the bulk of my burden. It wasn’t just my fault, I wasn’t solely to blame – in this metaphor in fact, I’m a part of an elaborate military system where orders come from above, and my general hasn’t assigned me the role of “person who lost the war.” This is good. I am free! It’s not that simple of course, but I needed to hear the words, and as a result can move forward more productively than had previously been the case.

“A general never blames his troops.” I can’t claim any particular knowledge to if this is true in the field or not, but the more I think about it, the more lost in the meaning I get. It conveys a simple truth, a truth that in this particular situation I can get behind. A truth that in our particular organization makes me something of a lieutenant… and it turns out I’m a lieutenant that might sometimes blame her troops.

I’ve struggled in my management role. My teams lack military discipline – this is the corporate world, you must cater styles to suit each person not just expect your orders to be followed as stated. As a result of this, the outcome of projects is mixed. And there are times that when they’re really bad, yeah, I might blame a troop.

In this situation, I get the benefit of my general not blaming me. If he’s lost sleep at night or gotten a knot in his stomach every time he’s thought about the project and seen my face there in the mix, well, that makes two of us, but it isn’t for me to dwell on anymore. And as it pertains to my own management, I have a lot of learning and growing to do – a lot of project successes and project failures to endure before I get promoted to general. I’m accountable either way, so it’s time to learn to own the blame for my team, unless we just rock it from here on out.

The lesson here is one of two things: It’s was a kind thing for your boss to alleviate some of the pressure of a failed project or Andee shouldn’t read too heavily into aphorisms. You tell me.

Let me tell you about the time I didn’t wear an under shirt to a wedding. It was the summer of 2011. Newly broken up with my long-term girlfriend, I sought to find a second part-time job to fill up my now newly-acquired free time on the weekends. For some reason, I thought Wedding DJ […]

A Tale of Two Cities

A Tale of Two Cities: well, it’s actually one city, Chicago, and the tale of two trips there in attempt to buy a vehicle with very different results.  The lease on my wife’s Subaru Outback is about to expire.  So, we did some talking and some shopping and narrowed in on a target vehicle, a […]

Service: noun / sur vis / a helpful activity; help; aid; to do someone a service. Ignoring the December wind that whirl-winded around me making the leather collar of my jacket slap and sting my cheek, I slid the key into the lock of the walk-in service door at Hometown Motors. I had just been […]