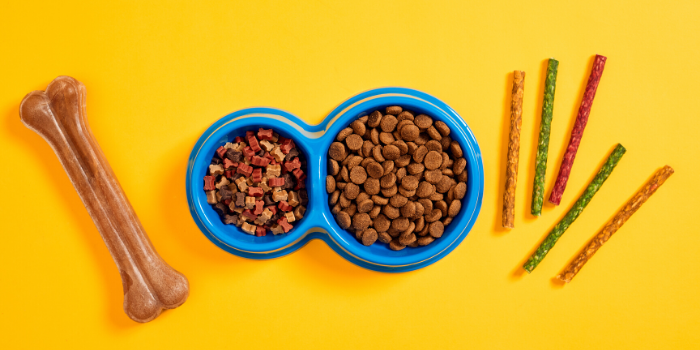 Ever since my wife and I got our dog, Walter, 6 years ago, we’ve ordered his dog food off Amazon. It’s slightly cheaper than buying it at the store and delivered right to our door. We had never considered changing it up. There was no reason to. That is until last month when we decided to order from online pet food supplier Chewy.

I had heard of Chewy before. I had watched some of their ads on TV. I had listened to podcasters tell me how great Chewy was. It didn’t matter, I wasn’t looking for a new dog food supplier. That is until my wife saw something on Instagram. The photographer who had done our son’s newborn pictures posted a picture of a bouquet of flowers and a caption explaining that after her dog had died, Chewy had sent her the flowers with a handwritten card. They also refunded her for the dog food that had already been delivered.

A few days later my wife is on Facebook and once again saw something that she was excited to tell me about. Our friend’s old roommate had posted pictures of the gifts Chewy had sent her dog Falkor for his 10th birthday. Chewy even commented on the post. My wife’s mind was made up. Going forward we were going to get our dog food from Chewy. Moments later the first order was placed for two bags of dog food and a couple of dog toys.

I doubt we were the first to be wowed by posts demonstrating such a high level of customer, and I doubt we will be the last. Chewy has it figured out and people are sharing their stories.

It’s no secret the best form of advertising is word of mouth. With social media, word of mouth can spread faster than ever. Do big things, go the extra mile. If you do the right thing and take care of your customers – the word will spread. I realize that this article may come across as an advertorial for Chewy, but trust me it’s not – this is just a little extra word of mouth from a company that I think nailed it.

FILED UNDER: REMAN U ARTICLES SALES