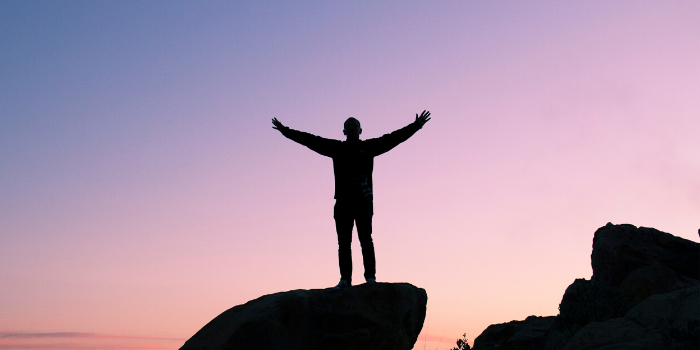 My friend Liz measured my height and waist last month at a party. It wasn’t just me it was all of us: Meg, Chad, Chuppa, Zack, Daley, we all got measured by this petite 5 ft woman and a measuring tape and charted everyone’s numbers on a chalkboard in her kitchen. For those of you wondering, I’m 6ft 1inch and weigh about 210 lbs which is A.) not where I want my weight to be, believe me, I’m still trying to lose a few more and B) irrelevant to everyone at that party. Nobody at the party wanted to be measured, but Liz’s house is where the get-togethers happen, so late nights at Liz’s house tend to involve impromptu measurements and (shudder) on-the-spot pushup contests.

I’m telling this story because recently my partner and I moved into a large space in the hopes of hosting special parties and events monthly. Liz and the regulars (everyone I included above) came over for a small intimate 4th of July night to watch local fireworks but also finally see the new place and already Liz was full of energy. She spent the first 20 minutes putting people to work in my home. I walked into my living space to see her directing my friend Chuppa to move MY couch around away from the TV and towards the big windows in my apartment. Not one for confrontations, I somehow knew I had to stop this.

We put up with Liz’s bossiness because we’re generally at her house…but right then and there it dawned on me that I wasn’t at her house. I was at MY house and I felt I needed to take ownership of the situation. Setting down my gin and tonic, I confronted her.

“Liz, I think you should put down my couch. I don’t want it there.” I declared. The look Liz gave me was priceless. I’ve never seen her eyes that big. It was a look of shock, because who actually dares talk to Liz that way, but then it was a look of reflection. She ordered Chuppa to put the couch down and the faint realization that she had no ownership of the place or the couch was in her voice and for the first time I had authority over Liz in a situation. I don’t want to ever put Liz in her place, I just want her to have a good time at my parties, and by taking ownership of my place, I was able to relieve her of her anxieties and she can just go back out on the patio and have fun.

Ownership in something puts me on a different level. If I’m fired from a deli job in which I have no actual responsibility, the worst they can do is fire me, and I need to look for another Deli job. Much like being a guest at a party. If I accidentally break one of your limited-edition McDonald’s Smurf glasses, I will be crushed, but technically, I’m not losing anything other than my friend’s respect. But if the party is at MY house and it’s MY limited-edition McDonald’s Smurf glass is broken, then I’ve lost a glass and my collection is ruined.

Not wanting ownership of a sale or project is just so telling. If it’s a project assigned to me and I don’t want ownership, the effort is halved or even worse. I don’t spend too much time on things I have no ownership of because there’s room for my voice to be heard. I want my fingerprints on every project and sale that comes my way. More exposure and success should in theory, lead to more ownership and freedom, so always strive to find some ownership when investing in one’s self.

Investing in something means believing in it and investing in a sale means believing the sale is something people should have. It’s why an ad is extra special if someone with high status is featured next to the product. It says to the buyer, “I take responsibility and ownership of my image, and I will gladly support this product with my image.” Many people’s careers have lived and died at the hand of ownership, because the reward that ownership promises is oftentimes greater than anything we could possibly imagine. Imagine my surprise when I didn’t have to 20 pushups in front of everyone. That’s a reward in itself.

My friend Liz measured my height and waist last month at a party. It wasn’t just me it was all of us: Meg, Chad, Chuppa, Zack, Daley, we all got measured by this petite 5 ft woman and a measuring tape and charted everyone’s numbers on a chalkboard in her kitchen. For those of you […]

Procrastination Doesn’t Have To Be a Dirty Word

Are you a procrastinator?  I am in many circumstances! And in others I’m not. It’s all about how we define it.  Is it a bad thing to wait till the last minute to really start cranking on stuff?  I think it’s a bit of both.  I’ve also come to understand that procrastination is a bit […]

The evening was crashing down around us. There were seemingly no options that would allow even more than one member of our party to be happy. Most options were going to make most of the group, in fact, unhappy. It was 5 pm, still 90 degrees, and we quarreled in a piece of shade cast […]

July 9, 2020 BY The Rhythm Of Reman
READ MORE
MORE ARTICLES