You Can Lead a Horse to Water 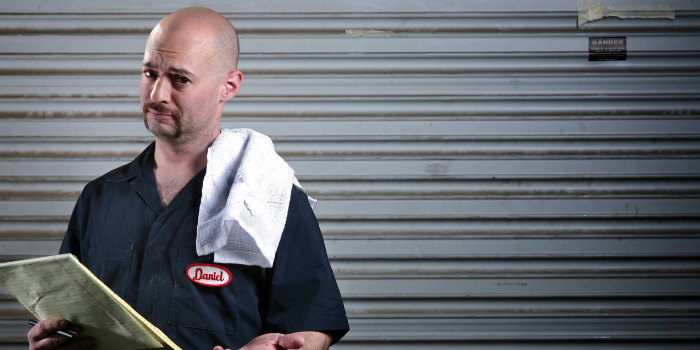 The middle Wisconsin sky was cloudless, and the sun was lifting high overhead on the second Monday of January when Tom Morrow clocked in for work at hometown motors. He was in a good mood. He managed to keep Holiday spending within budget this year and he whistled a cheery melody while reading a sticky note tacked to the front of his toolbox.

The note was signed Bobby.

Bobby Matthews was the service manager at Hometown Motors, the Local dealership where Tom worked.

Bobby was not the dealership owner, but the Service Department was his to run.

He had earned that responsibility before the new addition was built when there were only four service bays and an alignment rack instead of the twenty-bay shop that he designed, and the owners built.

Bobby was always pro-active when it came to expanding the shop and keeping work coming through the door. Bobby worked with area Technical Colleges and hired students as interns. The student earned credit and a few bucks. In exchange, Bobby had his most experienced Technicians mentor the student. Teaching them good work ethics, dealership specific procedures, acceptable attitudes, and that “Service” is not just the name of the department, it’s also an adjective. It is what his team does. Bobby called it, “Home Growing a Hometown Technician,” and it worked. Most of the time.

Tom waited until Mitch had his toolbox wheeled into place and his first job of the morning in his stall before talking a lazily sauntered stroll across the shop floor. Wiping his hand on a shop towel that he casually slipped into his back pocket, Tom extended his right hand toward Mitch and smiled under his bushy “Sam Elliot” style mustache.

“Good morning, Mitch. I’m Tom, and I’ll be mentoring you during your nine-week probation here at Hometown.”

Mitch turned to face Tom, leaned his hips pack against his toolbox, and looked Tom up and down slowly before spitting a wad of tobacco between Tom’s feet.

“I know who you are, Tom. Bobby told me about you being top guns here, and that I could recognize you by that big-assed cookie duster growing under your nose and the shit-eating grin you’re wearing. I’ll have you know I’ll be graduating at the top of the class come June. I don’t need your stinking help, so you can just mosey on back over to your stall and stay there.”

Tom’s eyes followed the ugly tobacco wad from Mitch’s mouth to the floor where it spread out and just looked at it for a long moment. When Tom lifted his head, his smile was still there, just as cheerful as before.  This wasn’t Tom’s first day on the beach. Tom had mentored over half dozen students. Some caught on quickly, others never did. Always smiling, Tom’s gunmetal blue eyes focused into Mitch’s before speaking in a friendly tone.

“I get it, Mitch. You’ve worked hard and long and you’re good or Bobby wouldn’t have taken you on here. There’s nothing I can teach you. I get a little bit extra in my pay envelope for trying, so before I go back to my stall, I figure I owe Bobby and Hometown to leave you a few pieces of advice. One, that language is not going to bode well here. Everybody cusses now and again when something goes haywire, but in common conversations, it won’t fly.”

Tom saw the daggers in the young man’s eyes begin to glimmer, but he continued.

“Another thing. Bobby hates tobacco. If he sees that mess on the floor, he most definitely WILL fine you for every wad he counts, so get yourself a can.”

By this time Mitch’s body language was akin to a volcano ready to erupt so Tom started to turn away.

Tom paused, looked back at Mitch, and pulled the shop towel from his back pocket and tossed it to Mitch.

“That’s to help you clean up that mess you made on the floor.”

That is about how it went for six of Mitch’s nine-week probation. No one was happy to see the new hire get the boot, but an employee must not only be good at the job, but they also must learn to fit in, too.

Inspiration comes from many sources. Today, mine came from a derailed lunch break.  I leave the house in what can only be described as pj’s. I’m rushed. No time for a shower, make up, or even a hair brush. I need buns, beer and sour cream. Birthday dinner is a mere 6 hours away. As […]

“I gotta clean my room, but I don’t wanna. But if I don’t, Mama is going to throw all my stuff away”. Proceeds to clean room. “I gotta go for a run, but I don’t wanna. Meh, no one will know but me.” Sits on couch and eats cookies and watches Netflix for 7 hours. […]

Why I’m Glad I Started My Career in a Franchise

Franchises. I wonder if you are thinking of Big Macs, your beloved sports team, or Double A-M-C-O…… There is plenty to like and dislike about franchise businesses, and I’ll bet whichever one you are thinking of gave you a strong association. If you’ve read more than a few sentences I’ve written you won’t be shocked […]