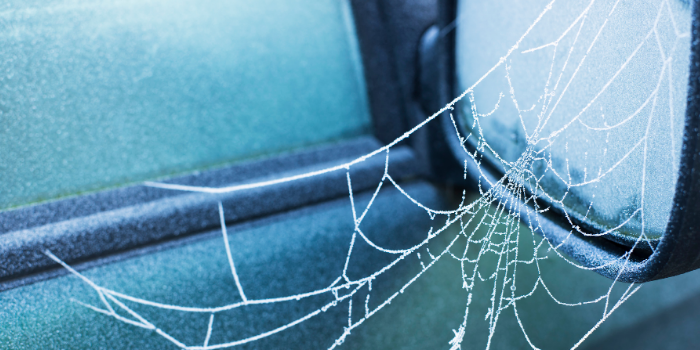 Approaching the end of last year, I think I attached a lot of meaning to starting a plan fresh in 2021. Come January, we’d see my plan through from start to finish. I did it last year, I can do it this year! (Of course, this ambitious planner in me forgot that I didn’t really get our ad plan on autopilot until February or March.) I set aside a two-week chunk of time around the holidays to get organized and finalize details.

Here’s how it went:

When normal work (and meetings, namely) resumed in the fresh, new year, I’ll confess I found myself a bit overwhelmed. Due dates were popping up. I needed to corral my team to my mission amidst their own growing to-do lists. I realized quickly that though I am more qualified this year and better prepared, what I was planning was a lot: it’s ambitious, it has many components, players, moving pieces, and, of course, due dates.

I have bit off more than I can chew, and the loose ends are waving in the cold January wind.

A couple of days this month, I’ve really given in to despair, bemoaning my own flawed plan, bemoaning the addition of work on top of what I already have to do. Every meeting added to my schedule makes me audibly grind my teeth. But I can feel myself nearing an important mile marker.  January is almost always a month of failed intentions – eat better, exercise, be better, be happy, learn to knit, be mindful, find balance – some, arguably, all of those things are worthy resolutions if that’s your cup of tea. But winter is hard, and the last year was hard, and if someone needs to go to that pint of ice cream in the fridge to get them through the nightly news, by golly go with my blessing. We can keep working on those things throughout the year: not. just. January.

My “plan” is almost complete now, a few weeks later than I intended. The result has been a lot of self-induced stress. The worst-case scenario is that my team is doing what MANY marketing teams do, going right up to that deadline and asking nicely if we can maybe send it tomorrow! For me, that’s an exception to the rule of being more strategic and organized.

Maybe January shouldn’t be about rewiring yourself or your team but figuring out what it’s going to take to sustain lasting change and improvement.

I’ll never forget it. 5 years ago, I blocked off 30 minutes of time to go watch my daughter’s swimming lesson at the gym. During lessons time, the pool is packed with parents and their young swimmers. Halfway into the lesson, the pool maintenance technician walked through the pool area and stopped by my chair […]

Who Rules the World? Moms

By now you’ve probably encountered the New York Times “expose” about the strain the pandemic and changing work dynamics are having on moms. There’s a LOT of stories about it. I am a mom working from home during the pandemic, and I’ve been struggling. I’ve largely avoided talking directly about the pandemic in REMAN U. […]

What Is Your Reason to Get Up?

Think back to when you were in middle school, high school and then, in college. If you were like me, you stayed up as late as possible watching TV, playing video games or listening to the radio. You may or may not have squeezed in a little bit of homework. You were young and invincible, […]