July 13, 2021 By Professor Of Professional Development Leave a comment 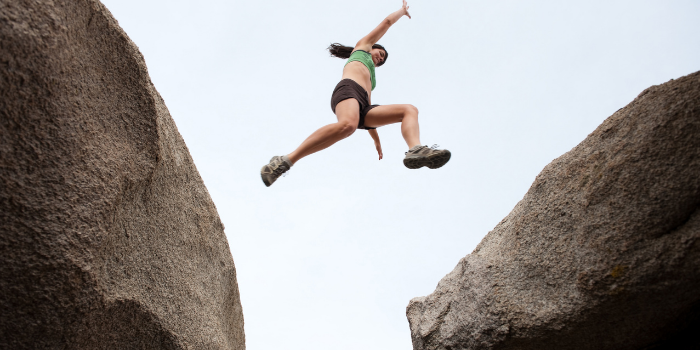 After I graduated from high school, I had no clue what degree to study for or what I wanted to do for a living. All I wanted to do was play basketball. So, I stayed in my hometown for the first two years of college and attended the University of Wisconsin – Manitowoc. During my sophomore season in 1999-2000, we won a decent number of games, I scored a lot of points, and was named to both the All-Conference and All-State teams.

I had a great idea after our last game, an idea that just about everyone else thought was crazy. I wanted to try out for the Wisconsin Badgers, who compete in the prominent Big 10 Conference, and had just come off their first Final Four run since 1941.

The next day, I jumped on our dial-up internet and searched for the address of the Kohl Center, which is where the Badgers practice and play. I hand wrote and mailed a letter to the head coach, Dick Bennett, requesting a tryout for his team. Within a week, he sent the following letter to my house…

Dear Derek, I would be happy to speak with you regarding trying out for our team. We carry 13 people on scholarship and 2 more as walk-on players. They have full benefits except for the scholarship. Next season, our two walk-on players will be guards. We are looking for prospects. Sounds like you could be one! Call me or an assistant and we can talk. Sincerely, Coach Dick Bennett

Within one week, I received a follow-up voicemail from Tony Bennett, Dick’s son and assistant coach at the time. Tony invited me for a two-day summer tryout. Within the first 5 minutes of the tryout, I made two 3-point shots. Hoping to impress, I couldn’t have imagined a better start. My heart was pumping with excitement.

Unfortunately, big dreams and the best-laid plans don’t always come to fruition. I don’t remember scoring another basket for the next 48 hours. The week after the tryout, I received another letter in the mail…

Derek, Thanks for attending the tryout. Unfortunately, we’re not going to be taking any more walk-ons as we’ve guaranteed all the spots out. It was a tough decision for us not to take you. I hope you understand. We are most likely filling the spot with a scholarship player in your spot for this coming fall. I do hope you at least enjoyed your time here. All the best! Coach Tony Bennett

Fast forward one year. I ended up attending Wisconsin Lutheran College. During my junior year, I quickly realized that I wasn’t going to make a living playing basketball. What I did learn; however, is that I could make a living in basketball doing video-scouting, coaching, or operations. One year later my dream had changed, and I really wanted to work in the NBA with the Milwaukee Bucks.

Once again, I was surrounded by doubters.  I’d hear, “There is no way that you’ll be able to get into the NBA if you’re not a former player.” That may have made me even more determined, because once again, I tried the “letter thing.”  Only this time, I was looking for a job. Here was my first response from the Bucks in August 2001…

Dear Derek: Thank you for your interest in the Milwaukee Bucks. Unfortunately, currently we do not have any openings. We will keep your information on file. Best wishes in your employment pursuit. Sincerely, Ernie Grunfeld, General Manager

I had received a standard dismissal letter. Still, I didn’t give up. I received the following letter about 3 years later…

Derek, Enclosed is your 2004 NBA playoff bonus. Your hard work and commitment during the regular season and playoffs is very much appreciated. Thank you for your efforts, past and future! Senator Kohl, Owner and Larry Harris, General Manager

We’re all afraid to fail, but we always fail at 100% of the things that we don’t try. I was terrified to reach out to the Badgers and to the Bucks because most of the people around me said that I was nuts. Also, if you try something and you do fail, that memory may haunt you for a long time. Sometimes, the embarrassing memory is so painful that it can cause you to give up your dream forever. You give up so you don’t risk that feeling again.

As difficult as it was to be rejected by the Badgers, I had to brush off the embarrassment and get right back up and try something else. I just dove in and ended up one for two. Would you be ok with going one for two with some of your biggest fears?

If you want to grow, you must move out of your comfort zone. John Wayne once said, “Courage is being scared to death and saddling up anyway.” Sometimes you just might have to look stupid. Hit the road running and do it afraid.

ACTION: Write down the top priority that you want to accomplish or improve upon. Then, on a Scale of 1-10 (1 = low, 10 = high), rate yourself on how committed you are to that priority right now. For those of you that didn’t rate them as 10’s, what will it take for you to go from the number you chose all the way to a 10? This is the culprit of what’s holding you back. Now, think about how you can overcome and conquer that fear. Finally, do ‘it’ afraid!

The Power of Mental Strength

The true test of strength and agility is not defined by one’s bicep circumference. It is not measured in laps or touchdowns, miles or bench press weight. True strength comes from mindset, determination, and intentional actions that create a strong mental foundation.  Being mentally strong does not mean that you never break. It doesn’t mean that […]

Your customer asks you a question and you don’t know the answer. Do you fake it til you make it? Do you talk your way around the request without actually finding a resolution? Do you dismiss them to a different department or representative? Or do you admit that you don’t know, use your resources to […]

Brush your teeth, put your shoes on, do your homework!  Be on time, answer that call, make the sale!  As leaders, whether it be at home or in the workplace we tread a fine line. We are expected to hold our people accountable without acting as a controlling micro-manager.  Every school morning is a battle. […]

September 20, 2022 BY The Siren Of Support
READ MORE
MORE ARTICLES