The Right Tool for the Wrong Job 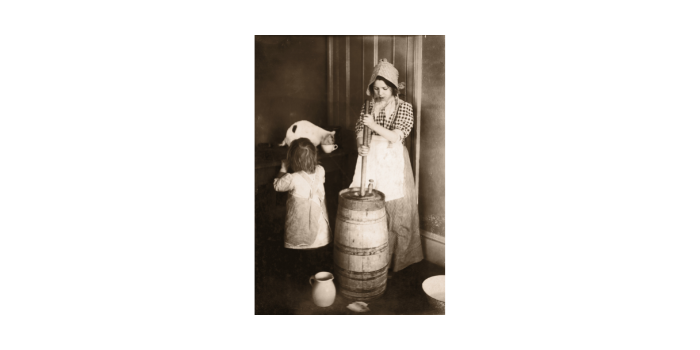 It was the start of the summer of 2020. We were in full pandemic lock down mode and I had intense cabin fever. I was stuck in the house with a then 15 and 6 year old. The cold Wisconsin weather was finally conceding. Grass was getting greener, plants were popping through the soil and the birds were chirping. Especially the birds that decided the cherry blossom tree right outside my office window was the hottest new hangout. I spent a few days getting more and more agitated by the constant sound of cheep, tweet, chirp.

We talked about losing our cool back in December in the article, “Boiling Point”. I admitted that sometimes I am the one that just can’t keep the frustration in. That day was one of them. I stormed outside, grabbed a manual pole saw and started cutting off branches. I cut and cut all the way till there was nothing but a stump. It took hours. Blood was shed. Bruises were formed. Judgy stares from my neighbors were given.

I got the job done, and for that I was proud. However, I could have done the job in a quarter of the time, with a lot less blood, sweat and tears, had I used the right tool. I defied the age old adage of, “work smarter, not harder.”

As owners, managers and co-workers, we strive to provide and use the enhanced tools that are at our disposal. We create better, quicker, easier ways to get the job done. We text instead of fax, we email important documents rather than relying on the postal service. And yet, the new CRM system isn’t being used to its full capability because it’s not understood. The shiny new tool the shop provided sits untouched because the tech has to go get it AND return it.  The new process that was implemented isn’t being followed because it’s new.

We provide an upgraded tangible piece of equipment or a new way of doing something to increase productivity and efficiency, yet why do they sit collecting dust? How do you push your team to adapt and embrace attempts at growth?

Without progress we would still be recording music onto cassette tapes, waiting our turn for the internet line and maybe actually have to go to the grocery store.

Well, I was going to churn some butter, but I suppose I’ll just order it.

Do What You Say and Say What You Do

Tom is dead. I killed Tom. It was not intentional, it was more of a potentially avoidable accident.  No, the police aren’t looking for me. There is not a manhunt underway. Tom is my son’s Tamagotchi. Last week I was tasked with pet-sitting the overly needy electronic pet. I promised to feed it, clean up […]

“Welcome to Parts R’ Us, what are you working on today”. The company name may be made up but I said those exact words as customers walked through the store’s door. Every day. All day. For a lot of days. Usually everything went smoothly. I sold spark plugs and starters, brake pads and batteries. I […]

When did the excitement and adventure fade? When did it become ok to be satisfied with being on the giving or receiving end of the bare minimum? What happened to a sense of fulfillment and joy and pure passion. Why are there no more long walks on the beach? How did we lose the spark, […]

February 7, 2022 BY The Siren Of Support
READ MORE
MORE ARTICLES