December 7, 2022 By The Siren Of Support Leave a comment 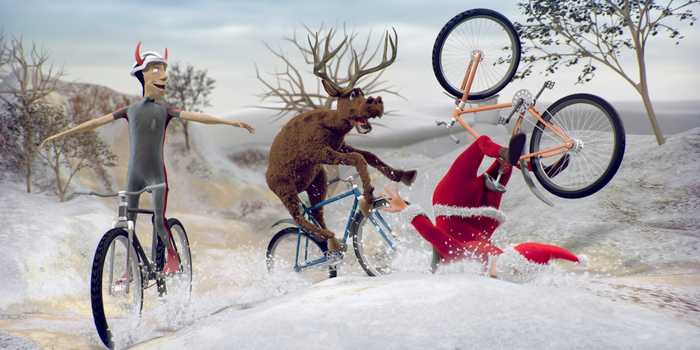 Last week my college age daughter brought homework over. Being an incredible student and a self proclaimed bookworm, this is the norm. However this assignment was different. It required my input and answers. For her Adolescent Development course they are discussing reactions to emotions. She chose to look deeper into Anger.

Question 1: What makes you feel anger?

Question 2: How do you react when you feel anger?

Question 3: How do your reactions affect others when you respond to feeling anger?

I will not subject you to my answers. I’d like to stay on the nice list. But I will admit that as I had a moment to look back, I realized that even after decades have gone by, my behavior style has remained constant.

When faced with varying situations that elicit emotional response people tend to behave consistently as the reaction is hardwired from childhood. If whining, crying and pouting got you what you desired at five years old, and the behavior style was never corrected, there is a good chance you have unconsciously carried these traits into adulthood. And into the workplace.

Any leader with a team of more than one individual is going to be tasked with not only identifying, but also learning how to coach, develop, and correct differing styles of behavior. As situations arise, the behavioral traits of your team members will emerge from the fog.

Who does your holiday squad (team) consist of? And how can their behavior styles affect your leadership?

The Angry Elf: This team member is a vision of productivity and efficiency. At least they appear to be. This character will go to great lengths to appear as a valuable member of the team but often will spend more time complaining about others. While they believe their criticism is constructive and creates competition, it actually generates a divide and is seen as malicious. The Angry Elf will become defensive when questioned about their actions and intentions.

When correcting this behavior type the leader must come with indisputable examples of what was done incorrectly. A level of calmness, yet assertiveness is key to a productive conversation. If the Angry Elf feels they can take control of the conversation it will spiral out of control. They will focus on the inadequacies of others and shift blame away from themselves. The Angry Elf is a master manipulator of reality.

The Grinch: While The Grinch gets a bad rap for hating all things all of time, this person isn’t really so bad. They appear to be negative and pessimistic. It is easy to see this person as a roadblock as they question EVERYTHING, making a habit of consistently playing devil’s advocate. Generally their heart is in the right place and they are dedicated to the betterment of the team even if their sled isn’t full of gifts.

It will be difficult to have this team member question all of your decisions. Try not to take offense and know that it’s likely they do have faith in your abilities as a leader or coworker but it just takes them longer to fully absorb the details. They must analyze all of the possible outcomes, good and bad before acceptance is achieved. Give your grinch the answers they desire and allow them the time to internalize the benefits and the potential positive impacts.

Mrs. Claus: Mrs. Claus is the person on the team that genuinely cares about others. She (or he) will go to great lengths to ensure that the team is succeeding. This person will go above and beyond, sometimes sacrificing their own time and resources to help another. While Mrs. Claus is a great teammate, burnout is highly possible. When Mrs. Claus has had enough she/he can become very matter of fact, remove emotions and state clearly (and sternly) that expectations are not being met, and what needs to improve.

Mrs. Claus is easy to converse with. Her heart is in the right place but her expectations are high. Do not give Mrs. Claus excuses for other’s behavior. She is looking for fairness, equality, and a high standard of quality in work. Mrs. Claus can become too emotionally invested in a person or situation, making it necessary for her to take a step back and look at the bigger picture. This step back can be an internal struggle as she feels she is abandoning her position. True coaching, opportunity for self reflection, and an open door policy allow Mrs. Claus the opportunity to succeed.

Santa: This is your long standing employee. He’s been around a long time and finds it hard to change or take direction until the situation is dire. Santa has tried and true tactics and is respected by most. He can be stubborn and will stand up for his opinions and actions at all costs.

Managing Santa can be a bit tricky. Anyone with less time on the job will automatically know less, in Santa’s eyes, and will need to prove themselves. Show Santa that you are willing to listen. When change must occur, bring Santa into the decision making process and allow for his insight. While he is a, “If it ain’t broke, don’t fix it” kind of fella, he does want what is best for everyone.

Rudolf: This person is underestimated and prefers to keep a low profile. Teammates seek her/he out for advice, direction, and clarification. While Rudolf doesn’t hold a leadership position she/he unofficially guides the group on a daily basis. Even if presented with the opportunity to officially lead on a permanent basis, they would likely decline as their commitment is to the process and getting the job done. Rudolf’s quiet nature will cause some people to initially think she/he is shy and reserved but in fact they’re analyzing those around them and determining the best course of action.

Rudolf is the easiest to guide. With an innate desire to satisfy, Rudolf is willing to go the extra mile for the team. As a natural leader Rudolf will understand and accept feedback openly and use it to get better.

Most people on your team exhibit more than one behavioral style depending on the situation. As a leader it is your job to foster the positive qualities and discourage the negatives of each.

I myself, am going to take the time to evaluate my character attributes and flaws. The New Year is just around the corner. Might as well get a jump on becoming a better version of me!

Their Fault, Your Problem

Sometimes bad stuff happens. Maybe it’s an unexpected delay or an unavoidable accident. Perhaps it’s simply just a glitch in the system, or an unforeseen detour.  Things happen that may not be in your control. Regardless of any amount of preparation or planning. No matter how many times you have taken that route, or ordered […]

Difficult to get a hold of. Unwilling to compromise. Half-truths, broken promises, and a general sense of dismissal. Causing feelings of unimportance and insignificance. No wonder you got dumped.  Our customers have other options. There are more fish in the sea, and the grass actually might be greener on the other side. Every time their […]

What happens when you plant a tropical plant in Wisconsin and “forget” to winterize it or bring it inside when the winter weather begins?  The plant was healthy. It was thriving in the warm summer sun. It was watered as directed and given the correct amount for food and fertilizer. It was even sung to […]

January 5, 2023 BY The Siren Of Support
READ MORE
MORE ARTICLES