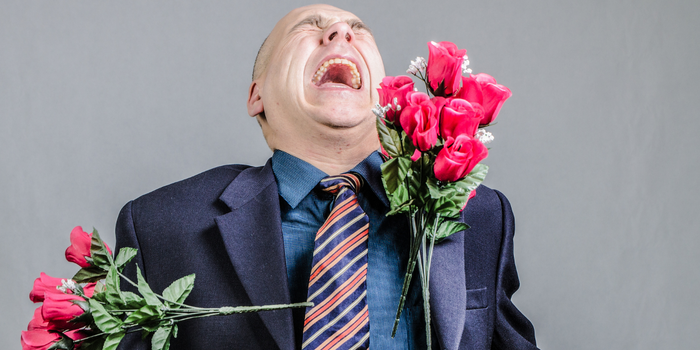 Difficult to get a hold of. Unwilling to compromise. Half-truths, broken promises, and a general sense of dismissal. Causing feelings of unimportance and insignificance.

No wonder you got dumped.

Our customers have other options. There are more fish in the sea, and the grass actually might be greener on the other side. Every time their expectations are not met, they are pushed closer to finding another source for whatever product or service you are currently providing them with.

A few months ago, I called to cancel a line from my cell phone plan. In speaking to the representative, I was informed that my bill would only be lowered by $5.60, as cancelling that line changed the cost of my remaining service. There was no reason to keep the line, so I went ahead with the cancellation. I inquired as to if there was anything else that could be done to lower my monthly cost. She made some adjustments, bringing my recurring charges down another ten dollars. I received my next bill and it was correct. I happily paid for it and kept on texting, scrolling, and wasting time playing meaningless games.

The following month I opened my email to find that my bill was now only fifty-eight cents cheaper than what I was paying with the additional line and better data plan. As expected, I was confused. I made a phone call and waited on hold for thirty-seven minutes to be told that my promotion has expired due to canceling the fourth line. I was never informed of any promotion previously. I then asked if I revert my plan back and add the line again will my bill be the same.

“NO. That is no longer an available package.”

I was done. I let the rep know that I would be looking for an alternative provider. She thanked me and allowed me to end the call without any begging, pleading or bribing me to stay.

I dread going to the cell phone store almost as much as a visit to the dentist, but I was out of the door bright and early the next day to make the switch. It went as seamless as I hoped and I was now officially out of the loveless relationship with my old provider. What a sense of freedom!

I was happy. I had closure. And then, three days later, I am bombarded with emails intended to entice me back. “Here’s a free phone!” “Come back, and we’ll give you $500!”

Where was the dedication during our time together? Why did you not fight for me to stay, instead of pining for my attention later? If I didn’t matter to you then, why should you matter to me now? It’s over. There is no going back.

How to NOT get dumped by your customers

The business relationship is a two way street. While business owners and management goals involve profits and sales numbers we must keep in mind the feelings and needs of our consumers.

Their Fault, Your Problem

Sometimes bad stuff happens. Maybe it’s an unexpected delay or an unavoidable accident. Perhaps it’s simply just a glitch in the system, or an unforeseen detour.  Things happen that may not be in your control. Regardless of any amount of preparation or planning. No matter how many times you have taken that route, or ordered […]

Difficult to get a hold of. Unwilling to compromise. Half-truths, broken promises, and a general sense of dismissal. Causing feelings of unimportance and insignificance. No wonder you got dumped.  Our customers have other options. There are more fish in the sea, and the grass actually might be greener on the other side. Every time their […]

What happens when you plant a tropical plant in Wisconsin and “forget” to winterize it or bring it inside when the winter weather begins?  The plant was healthy. It was thriving in the warm summer sun. It was watered as directed and given the correct amount for food and fertilizer. It was even sung to […]

January 5, 2023 BY The Siren Of Support
READ MORE
MORE ARTICLES